A new study published in the BMJ reveals disturbing connections between organizations and groups that are lobbying for broader access to medical cannabis and those who are fighting for the legalization of recreational cannabis. This raises questions as to the reasons behind the industry’s support for measures that will make it easier for patients to gain access to medical cannabis – is it because of the knowledge that by so doing, they will also be able to market the drug for recreational use in the UK?

The projected market for medical cannabis in the UK is estimated to be $1.3 billion, while that of recreational cannabis is thought to be still more significant, at about $1.7 billion. 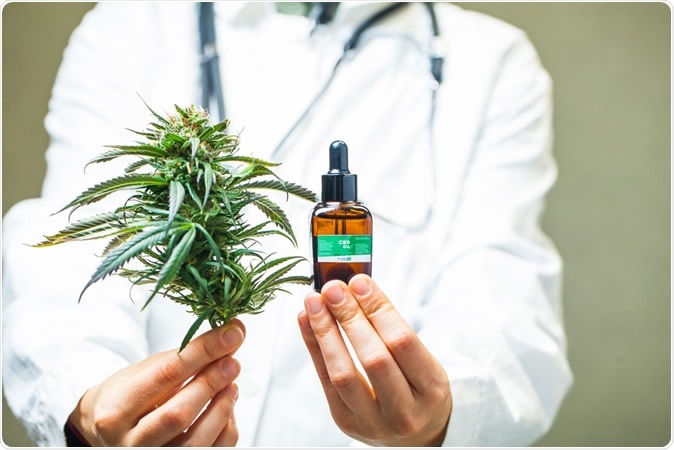 The study report has two parts and is authored by investigative journalist Jonathan Gornall for the BMJ. The first part deals with the nexus between the commercial groups that are campaigning to allow new markets to be opened for recreational cannabis and those individuals or patient groups that are working for a broader range of access to cannabis for medical use.

One such example he cites is that of Steve Moore, who was formerly the CEO of the Big Society Initiative headed by David Cameron. Moore helped Charlotte Caldwell, the mother of a severely epileptic boy called Billy Caldwell, to fly to Canada to obtain medical cannabis for her son from a company called Tilray. However, when she flew back, the drug was seized at customs – a predictable outcome that was duly captured in the press and used to promote the legalization argument. Moore has helped to promote Caldwell’s case. However, his interest in cannabis is not just to ensure it can be used medically in a broader setting.

Moore is also a strategic counsel for the Center for Medicinal Cannabis, which is a trade organization representing businesses and investors that deal with medicinal cannabis products. It has members such as the Supreme Cannabis Company, a Canada-based organization. Again, he is strategic counsel for Volteface, which is an advocacy group that was founded in 2017, to campaign for the legalization of recreational cannabis. Volteface and the Center for Medicinal Cannabis are the brainchildren of and are funded by Paul Birch, while Tilray’s chief executive was once an advisor to Volteface. Birch has said he supports both medicinal and recreational cannabis use. At the same time, Moore suggests the legalization of cannabis would not benefit any legal cannabis companies, nor is the government considering such reforms. However, the moves made by their organizations and by big cannabis companies do not support this view.

The implications of these connections

Ian Gilmore, who directs the Liverpool Centre for Alcohol Research, has sympathy for the plight of patients who would like to exploit the medical effects of cannabis and cannabis extracts in their particular situations, but cannot because it is not legally available.

On the other hand, says Gilmore, there is the ever-present danger that false arguments from third parties will prompt such a move to legalize recreational cannabis. In his words, “We must not drift into the situation we found ourselves in with tobacco and alcohol, where global companies seeking to maximize their markets distorted the arguments, often through third parties. We must protect patients from having groups with conflicts of interest, building up unrealistic hopes.”

Psychiatrist Marta Di Forti, who serves on the government task force to review the safety and effectiveness of cannabis in the treatment of pain, says she is unhappy about this association of patient cannabis groups and commercial cannabis companies. Her main concern is that this kind of lobbying could result in obtaining medicinal cannabis for many more medical conditions for which there is limited or no evidence of its efficacy.

The problem with the current conversation on the medical use of cannabis is that it is making it easier and more normal to talk about cannabis in all kinds of settings where it would have been unacceptable earlier. This shift is acknowledged and welcomed by Stephen Murray, the executive director of Prohibition Partners. This is a private investment organization based in the UK, bent on making cannabis “more accessible and acceptable.” Murray observes that big investors in the corporate world are now becoming more and more involved in the spectrum of business opportunities that cannabis offers.

The parent company of Murray’s firm, European Cannabis Holdings, recently split into a media wing and the Lyphe group of medical cannabis clinics, besides a medical cannabis ‘academy’ for clinicians, and an import-distribution company. The Lyphe group is also involved with Drug Science, headed by David Nutt, a sacked chairperson of the Advisory Council on the Misuse of Drugs. Drug Science is behind Project Twenty21, a huge trial of cannabis for seven different conditions from anxiety disorder to Tourette’s syndrome, to provide “largest body of evidence for the effectiveness and tolerability of medical cannabis” – but without a randomized controlled trial format, rather a general health questionnaire.

The second part of the report deals with the investigation of how the tobacco industry is funding research into medicinal cannabis. Here, Gornall examines the intricate network that has been woven between big commercial firms and the drive to legalize medical cannabis.

In this second part, he uses Gavin Sathianathan as an example of the “new breed of cannabis entrepreneur.” Sathianathan is both the founder and the main shareholder of a private limited company based out of London, called Alta Flora, which markets “wellness products from natural sources.” In addition, he is one of the trustees managing United Patients Alliance (UPA), which is a cannabis support group led by patients; the chief executive of Forma Holdings which is an investment fund specializing in cannabis; and co-founder as well as director of Oxford Cannabinoid Technologies, which is a collaborative research effort including Oxford Universities.

Among these companies, Oxford Cannabinoid Technologies is funded in part by Casa Verde Capital; an American venture capital firm co-founded by Snoop Dogg, US rapper, and influential promoter of recreational cannabis, and Imperial Brands (formerly known as Imperial Tobacco), the giant tobacco company. In defense, Oxford Cannabinoid Technologies’ spokesperson says that Imperial Brands holds only a small percentage of the company’s value and that the firm will not be interested in the UK recreational cannabis market even if restrictions in that country are relaxed.

However, Marta Di Forti is not convinced. She remembers the story of how tobacco and alcohol companies fed their own skewed version of facts to the public and the medical establishment through paid research and managed to get away with actively peddling deadly and addictive substances to young and old alike for decades before their bluff was called.

Calling the fact that Imperial owns any stock in this cannabis research firm “dreadful and shocking”, Di Forti says, “It is always very dangerous to forget history and we are now seeing the sort of connections that we have seen happening before. We are lacking in funding for cannabis research from independent organizations such as the Wellcome Trust or the Medical Research Council. The result will be that more and more, you are going to see even prestigious and reputable academic institutions accepting money from some of these companies.”

Ian Gilmore supports this stance: “It is vital that there is complete transparency in those making the case and supporting patient groups. We must not drift into the situation we found ourselves in with tobacco and alcohol, where global companies seeking to maximize their markets distorted the arguments, often through third parties. We must protect patients from having groups with conflicts of interest, building up unrealistic hopes.”