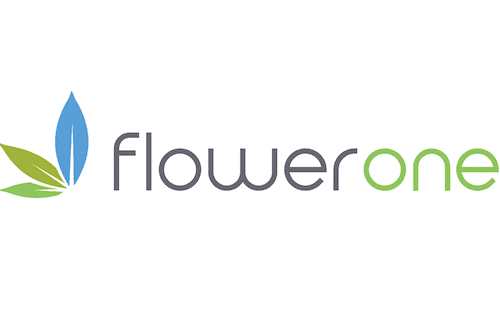 Flower One Holdings Inc. (“Flower One” or the “Company”) (CSE:FONE) (OTCQX:FLOOF) (FSE:F11), a leading cannabis cultivator, producer and innovator in Nevada, is pleased to announce that it has successfully closed its previously announced non-brokered private placement, raising gross proceeds of CDN$10.9 million (US$7.8 million) (the “Private Placement”), which represents an increase of the offering size announced on April 27, 2020, of CDN$10.5 million (US$7.5 million), granted by the Canadian Securities Exchange (“CSE”). In connection with the Private Placement, the Company issued a total of 29,599,025 units (“Units”) comprised of one common share in the capital of the Company (each a “Common Share”) and one-half common share purchase warrant (each a “Warrant”). The Company intends to use the net proceeds for general corporate and working capital purposes.

“This Private Placement garnered strong demand from existing shareholders as well as new, strategic investors from multiple countries and signifies an expansion of our capital markets profile internationally,” said Ken Villazor, President and CEO of Flower One. “The high level of interest in our offering truly speaks to our differentiated market strategy and proven ability to execute and scale our operations to become a market leader in the U.S. cannabis industry.”

Each Warrant entitles its holder to acquire one common share in the capital of the Company at an exercise price of CDN$0.44 any time up to May 1, 2023, subject to adjustments in certain customary events, provided that if, at any time prior to the expiry date of the Warrants, the trading price of the Common Shares on the CSE exceeds CDN$0.88 for 20 consecutive trading days, the Company may within 10 business days of the occurrence of such event deliver a notice to the holders of such Warrants accelerating the expiry date of the Warrants to the date that is 90 days following the date of such notice. The Warrants are transferrable subject to written consent provided by the Company. The Warrants will provide for customary anti-dilution adjustments to protect their economic value, including corporate actions of the Company such as share splits or consolidations, reclassifications, non-cash distributions, and business combination transactions.

The Units have been issued on a private placement basis pursuant to applicable exemptions from prospectus requirements under applicable securities laws. 3,699,458 Units have been registered in the names of Canadian investors and the corresponding Common Shares, Warrants and Warrant Shares are subject to resale restrictions under Canadian securities laws until August 2, 2020.

About Flower One Holdings Inc.

Flower One is the largest cannabis cultivator, producer, and full-service brand fulfillment partner in the state of Nevada. By combining more than 20 years of greenhouse operational excellence with best-in-class cannabis operators, Flower One offers consistent, reliable, and scalable fulfillment to a growing number of industry-leading cannabis brands. Flower One’s flagship 400,000 square-foot greenhouse and 55,000 square-foot production facility is used for large scale cannabis cultivation, processing, and manufacturing. Flower One also owns and operates a second production facility in Las Vegas, with 25,000 square-feet of indoor cultivation and a commercial kitchen that will produce several of the nation’s top-performing edible brands. Flower One produces a wide range of products ranging from wholesale flower, full-spectrum oils, and distillates to finished consumer packaged goods including flower, pre-rolls, concentrates, edibles, and topicals for the top-performing brands in cannabis.

Forward-looking statements may include, without limitation, statements relating to the use of proceeds; the Company’s leadership as a cannabis cultivator, producer, innovator and full-service brand fulfillment partner; the Company’s ability to offer consistent, reliable and scalable fulfilment to its brand partners; and the production of the nation’s top-performing edibles brands.

The Company is indirectly involved in the manufacture, possession, use, sale and distribution of cannabis in the recreational and medicinal cannabis marketplaces in the United States through its subsidiary Cana Nevada Corp. Local state laws where Cana Nevada Corp. operates permit such activities; however, these activities are currently illegal under United States federal law. Additional information regarding this and other risks and uncertainties relating to the Company’s business are contained under the heading “Risk Factors” in the Company’s Shelf Prospectus dated September 27, 2019 and the Prospectus Supplement dated November 8, 2019 (collectively, the “Prospectus”) filed on its issuer profile on SEDAR at www.sedar.com.

Although Flower One has attempted to identify important factors that could cause actual results, performance or achievements to differ materially from those contained in the forward-looking statements, there can be other factors that cause results, performance or achievements not to be as anticipated, estimated or intended, including, but not limited to: dependence on obtaining regulatory approvals; investing in target companies or projects that are engaged in activities currently considered illegal under United States federal law; changes in laws; limited operating history; reliance on management; requirements for additional financing; competition; hindering market growth and state adoption due to inconsistent public opinion and perception of the medical-use and adult-use marijuana industry and; regulatory or political change.

NEITHER THE CANADIAN SECURITIES EXCHANGE NOR THEIR REGULATIONS SERVICES PROVIDER HAVE REVIEWED OR ACCEPT RESPONSIBILITY FOR THE ADEQUACY OR ACCURACY OF THIS RELEASE.

Click here to connect with Flower One Holdings Inc. (CSE:FONE; OTC:FLOOF) for an Investor Presentation.