Cannabis users were 3.5 times more likely to have a fungal infection than nonusers, according to an analysis of more than 20 million insurance claims published in Emerging Infectious Diseases. Although researchers were unable to establish causality between cannabis use and fungal infections, they said that their study adds to a growing body of evidence showing a link between the two.

“The frequency of fungal infections associated with cannabis is unknown but is a growing concern as more states legalize its medicinal and recreational use,” Kaitlin Benedict, MPH, an epidemiologist in the Mycotic Diseases Branch of the CDC, and colleagues wrote.

The researchers analyzed claims data to determine the prevalence of the mold infections aspergillosis and mucormycosis among cannabis users and nonusers. They also looked for the fungal infections blastomycosis, coccidioidomycosis, cryptococcosis and histoplasmosis in both groups. Benedict and colleagues compared clinical and demographic features between users and nonusers. Patients with presumed ocular histoplasmosis syndrome were not included in the analysis. 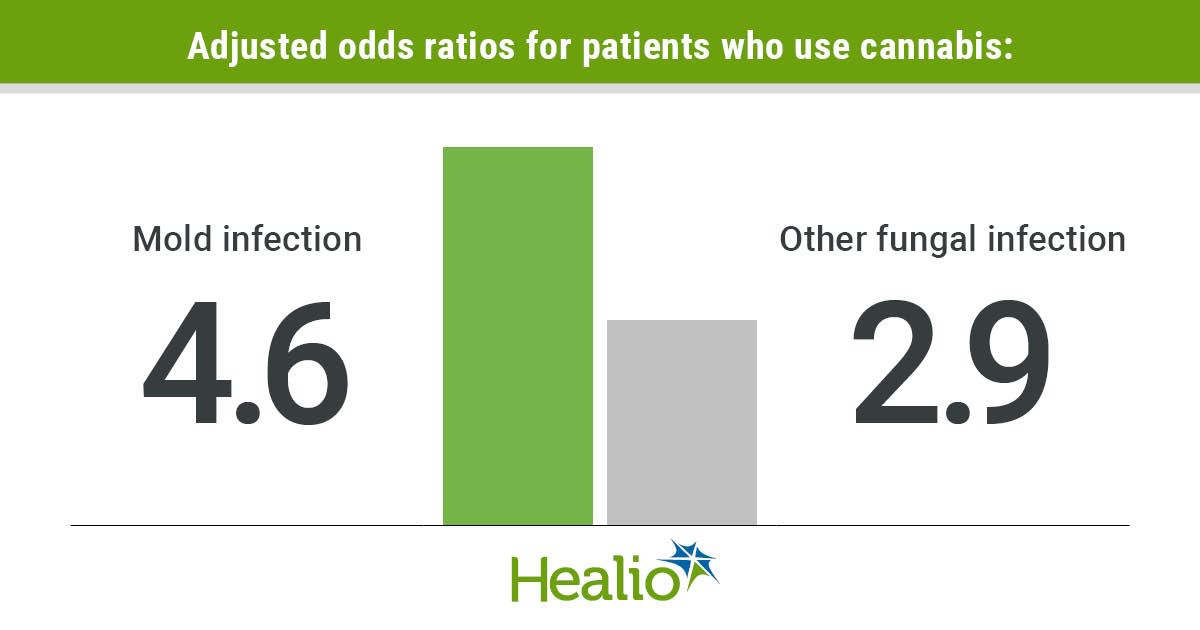 Disclosure: Healio Primary Care could not confirm relevant financial disclosures at the time of publication.