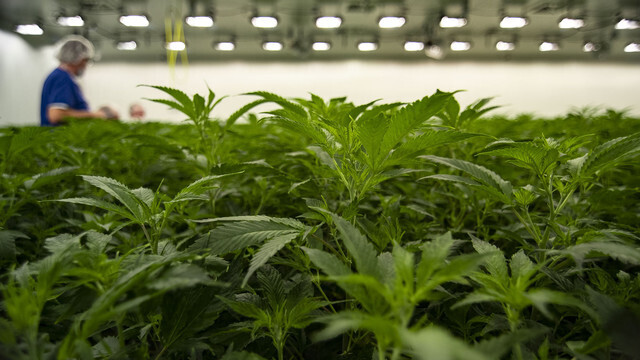 Vancouver-based Denciti Develpment Corporation has asked that cannabis production be allowed in three of six multi-tenant buildings on the site.

The application has angered residents, especially those within the Crystal Springs modular home park, a 55-plus neighbourhood adjacent to the Kyle Road property.

Residents at Crystal Springs, and other nearby properties, have called out the project in emails, and at a public hearing, complaining about odour and noise, proximity to residential neighbourhoods, impacts to health, licensing, transportation and security.

City council will have three options before them when the items comes back for what could be a final decision.

Council will ave the opportunity to give the application third reading, with final adoption contingent on approval from MoTI and limiting production to buildings one, two and three, denying the application and closing the file, or postponing consideration of third reading.

Following the public hearing, councillors Doug Findlater and Carol Zanon asked for more information around odour, and who would regulate federal restrictions.

In its report for council, staff indicated applications must meet several Health Canada good production guidelines around odour and filtration.

“The city has included specific references in the zoning bylaw to reaffirm the Federal regulations for odour mitigation,” the report stated.

They further stated about five cannabis production facilities are currently operating within the city, including one about 1.2 kilometres from the Kyle Road site.

“As part of its ongoing operation, there has only been one complaint regarding odour since the initial operation in 2016.”