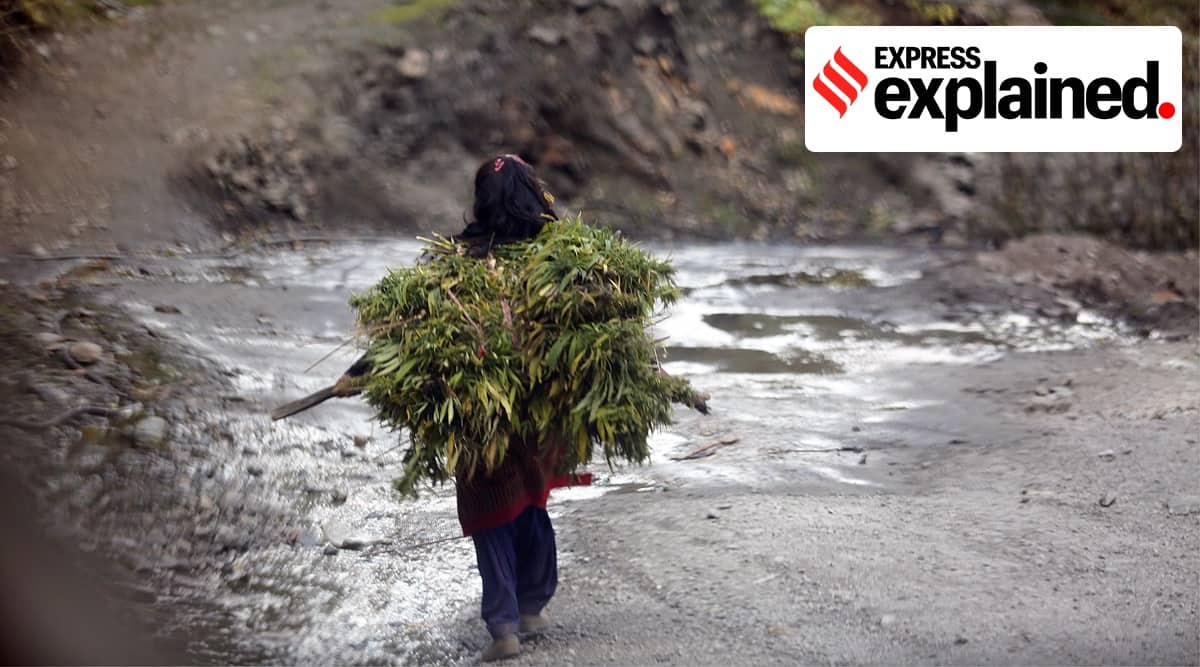 The Narcotics Control Bureau in Mumbai Wednesday claimed to have seized the contraband ‘Malana Cream’ from a person linked to actor Sushant Singh Rajput’s death. What is Malana Cream and why is it one of the most sought-after forms of hashish across the globe? We explain.

What is Malana Cream?

It is the charas or hash or hashish which comes from the Malana Valley in Kullu district of Himachal Pradesh. Charas, called bhang in Himachal, is the resin obtained from a species or strain of the cannabis plant (botanical classification of cannabis is disputed), which grows naturally in the valley and is also cultivated illegally. The valley has a single village, Malana, and the hash resin produced there is generally more ‘creamy’, or clay-like, as compared to that produced in other parts of the state.

What makes it unique?

The cannabis plant has a number of chemical compounds called cannabinoids, among which tetrahydrocannabinol (THC) is the primary psychoactive constituent which produces the high sensation.

Strains of the plant with low levels of THC are used for industrial and non-drug purposes such as making ropes, paper, textiles etc. Plants with a high level of another cannabinoid called CBD (cannabidiol) are used for medicinal purposes.

A high proportion of THC in the plant extract is required for recreational drug use and Malana Cream is believed to be particularly rich in THC, making it more potent. Resin extracted from the plant, generally by rubbing using hands, is also concentrated further to obtain the more potent hash oil.

In addition, charas from Malana has a distinct set of turpenes, aromatic compounds associated with flavour and other characteristics. These characteristics are the result of unique climatic conditions of the valley.

How much is it worth?

According to the police, varieties of Malana Cream are generally sold anywhere between Rs 1,500 to Rs 8,000 per 10 grams in India depending upon the purity of the product and the place of sale. As the charas is smuggled to greater distances, the price rises. Once it is smuggled outside the country, the price skyrockets – it is one of the costliest forms of hash sold in cafes of Amsterdam for instance.

Peddlers smuggling charas out of the valley generally use trekking routes in the mountains, which makes it harder to catch them.

How is it produced so widely if it is illegal?

Malana is a remote village which remained isolated from other habitations in the area for centuries and developed its own distinct culture. The nearest road is still four kilometres down the hill, and it was built in 2007 to facilitate a hydropower project. Before the road, residents had to trek a distance of 26 km over 12 to 15 hours to reach the market in the adjacent valley, according to village pradhan Bhagi Ram.

A few decades ago, however, Malana emerged on the global map with the emergence of the counterculture movement in western countries, and started attracting users of psychedelic drugs from all parts of the world.

Charas was banned in India in 1986 under the NDPS Act, but the plant was considered an important crop in Kullu, used for a variety of other purposes such as making footwear. 📣 Follow Express Explained on Telegram

With greater road connectivity, Malana and its neighbouring Parvati Valley became notorious for ‘drug tourism’, with domestic as well as foreign tourists thronging to the area lured by the easy availability of drugs as well as picturesque treks.

Security agencies sometimes have to trek for hours and even days to locate and burn the fields of cannabis or track down peddlers. Those involved in the lucrative trade move their fields further uphill or to remoter parts of the mountains when this happens. Also, the plant grows naturally in the area, so it cannot be eliminated altogether.

The illegality of cannabis has made it a contentious issue in Himachal, since it has a certain cultural acceptance in the state. A petition to allow non-narcotic use of the plant like in some other states is pending in the state high court, and several legislators are supportive of it. In the last Assembly session, MLA Ramesh Chand Dhawala spoke at length about the medicinal and other benefits of hemp, and complained that the “police are bent on chasing and destroying this plant”. A satellite image of Malana village

Malana currently has a population of 2,350, and is located at an altitude of 2,650 metres above sea level. It has been “a self-contained democratic society for centuries”, according to the Himachal government. Besides the Malana cream, it also attracts visitors due to its age-old traditions, scenic beauty, popular treks, a distinct culture and myths and legends associated with the inhabitants.

📣 The Indian Express is now on Telegram. Click here to join our channel (@indianexpress) and stay updated with the latest headlines

For all the latest Explained News, download Indian Express App.