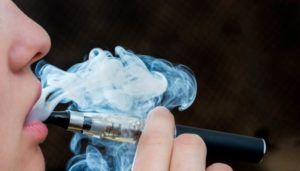 Oregon cannabis regulators have taken the most aggressive steps in the nation since last year’s vaping health crisis to ban a handful of additives that potentially could harm users of marijuana vape products.

The Oregon Liquor Control Commission (OLCC) on Thursday also adopted new regulations requiring vape companies to disclose to the public more detailed information about the ingredients inside their products.

“Fundamentally this is about creating informed choices for licensees to sell and consumers to buy” vape products, said TJ Sheehy, director of analytics and research for the OLCC.

And they put Oregon out front of other states in identifying and banning potentially harmful additives. Other states could follow suit.

The OLCC’s action Thursday follows an investigation by the agency into a limited number of non-cannabis additives found in vape products, including three that were first identified during the vaping crisis.

As a result, the agency has effectively banned and recalled the following additives:

The OLCC is giving vape companies until April 2021 to comply with the new regulations governing vaporizer ingredients and disclosure language on labels.

Vape companies will have until July 1 of next year to sell or distribute any products made before April 2021.

After July 1, vape products must either be compliant with the new regulations or be destroyed.

The new rules also create a standard so that only products formulated for inhalation can be used in inhalable products.

The OLCC rules follow a voluntary recall the agency issued on Dec. 11 after two non-cannabis additives in vape products – squalene and squalane – were identified as potentially harmful to consumers.

They were cited as possibly causing lipoid pneumonia, among other ailments.

“More recent research shows that under vaping conditions, squalane produces chemicals that can kill lung cells and interfere with the lung’s ordinary functioning,” according to an OLCC report.

Squalene is a botanically derived terpene that can be sourced from animals – primarily shark livers – as well as olives, amaranth and sugar cane.

Squalane is the hydrogenated version of squalene.

Both are popular in the cosmetics industry because of their moisturizing properties.

The concern over the additives mirrors the focus on vitamin E acetate during last year’s vaping health crisis, which saw more than 2,500 people hospitalized and the deaths of dozens from vaping-related lung illnesses.

The additive – used as a cutting agent – was found in licensed and unlicensed marijuana vape products.

It was identified as a contributing factor to the so-called e-cigarette or vaping product use-associated lung injury (EVALI) health crisis that began in the summer of 2019. At the time, Oregon had 23 reported EVALI cases – two of which were fatal.

In seven vape products tested by the Centers for Disease Control and Prevention, no vitamin E acetate was found. However, squalene was found in all seven products.

The vape products under investigation by the OLCC contained Viscosity, a non-cannabis diluting agent, or diluent, produced and sold by Portland, Oregon-based True Terpenes.

True Terpenes is not a cannabis company; it sells botanically derived terpenes.

Between January 2018 and November 2019, Viscosity sold to cannabis vape companies was found to contain squalene and squalane, according to the OLCC.

According to a report finalized in November 2020 by Supra Research and Development, a Kelowna, British Columbia-based cannabis research lab, both additives are potentially more harmful than vitamin E acetate.

“The data presented here suggests that squalane and squalene thermally degrade in a manner that produces higher levels of chemical agents than we observed for vitamin E acetate,” the report states.

The OLCC noted that True Terpenes complied with all the agency’s requests for information. Viscosity has since been reformulated.

According to True Terpenes, none of the company’s products have contained squalene or squalane since November 2019.

As part of its investigation, the OLCC also identified recreational cannabis companies that used Viscosity, including Bend, Oregon-based Oregrown.

Mark Pettinger, spokesman for the OLCC, commended that company for speaking up about its use of the diluent.

“Oregrown was first to raise their hand and come forward to say, ‘This is what we did and how we used it,’” he noted.

According to Kevin Hogan, president and co-founder of the vertically integrated company, Oregrown stopped using True Terpenes’ products in 2019 .

He added that very few of the Oregrown-produced PAX pods with Viscosity remain on the market. He estimates the recall cost the company only around $500.

“We’ve been cleared of any wrongdoing and violation, and the OLCC thanked us for being transparent and honest,” Hogan wrote in an email to Marijuana Business Daily.

“Any customers impacted by this voluntary recall are encouraged to reach out so that we can exchange any affected product still in the market for new SKUs.”

Robert Strongin, a scientist and professor of organic chemistry at Portland State University in Oregon, said it’s difficult to gauge the impact on the cannabis industry now that squalene and squalane have been identified as harmful to consumers.

But Strongin – who has studied the cause of the 2019 vaping health crisis – doubts the additives are widely used in the vape industry.

The botanically derived terpenes first came to Strongin’s attention during the initial health outbreak in 2019.

Researchers in New York found squalene and squalane in samples from EVALI patients in 2019, Strongin said, but neither were as common as vitamin E acetate in the patient samples.

According to Strongin, squalane is the more concerning of the two because the body has trouble breaking down the larger molecules in hydrogenated materials.

But that all depends on the amount of the materials present in the products.

“There’s still a need for more testing of the toxicology of these ingredients,” Strongin said

Overall, Strongin said he doesn’t believe that consumers today will have to worry as much as they would a couple of years ago about the safety of their vape products.

For its part, True Terpenes has invited vape companies to return any affected product for immediate replacement at no cost in exchange for the company’s new formulation of Viscosity.

But since True Terpenes doesn’t manufacture cannabis products, it’s not part of the OLCC’s recall.

“This current version does not contain any ingredients that are currently under investigation,” Chris Campagna, CEO and founder of True Terpenes, wrote of Viscosity in an email to MJBizDaily.

“Our proactive approach and transparency with our customers has resulted in goodwill by getting ahead of any pending regulatory updates by the OLCC.”

Bart Schaneman can be reached at [email protected]