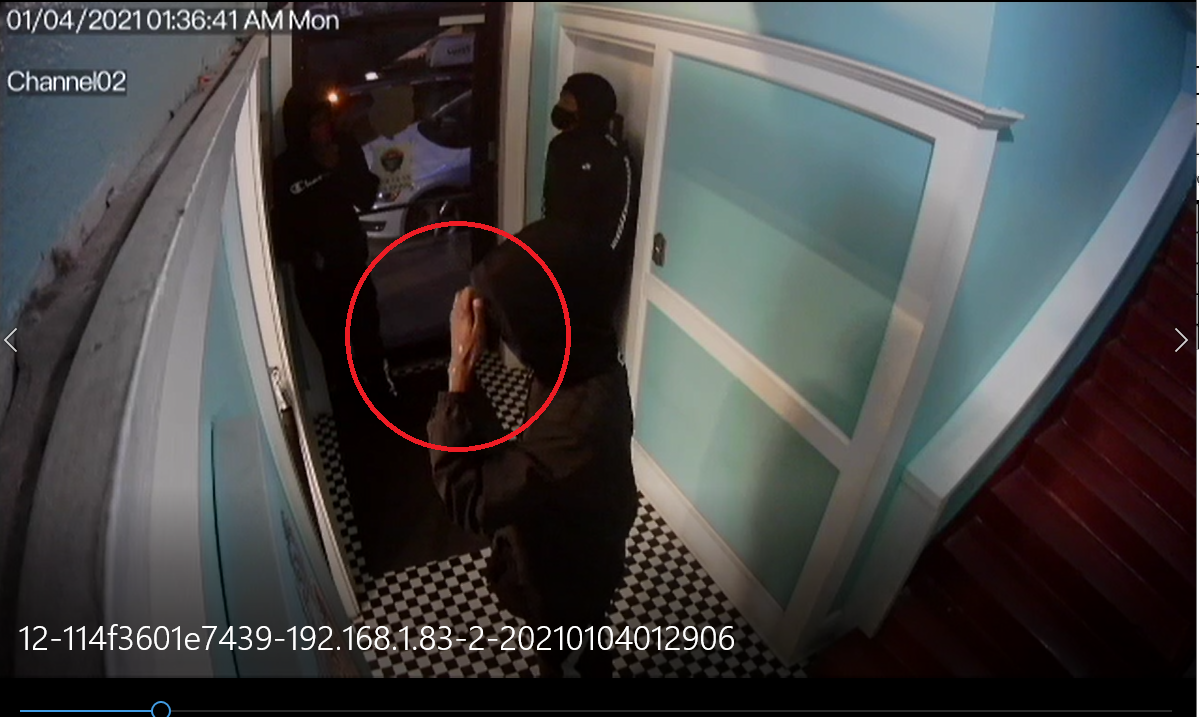 In this surveillance image, Tulsa police highlight distinctive skin markings on the left hand of one of the armed robbers of a downtown medical marijuana dispensary. 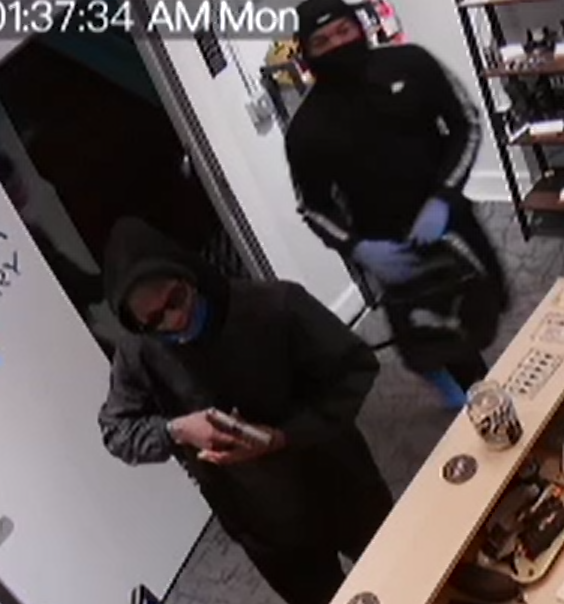 Police are searching for three people, including both men shown in this surveillance image, in connection with an armed robbery at Eufloria Dispensary downtown on Jan. 4. 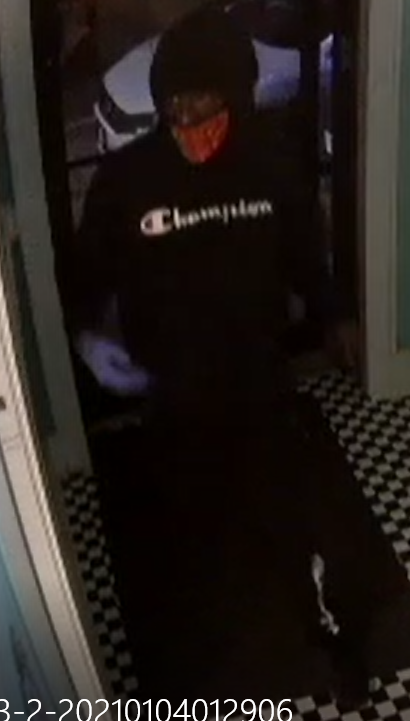 Police are looking for this man, shown in a “Champion” brand hooded sweatshirt and a red face mask, in connection with an armed robbery at a downtown medical marijuana dispensary early Jan. 4. 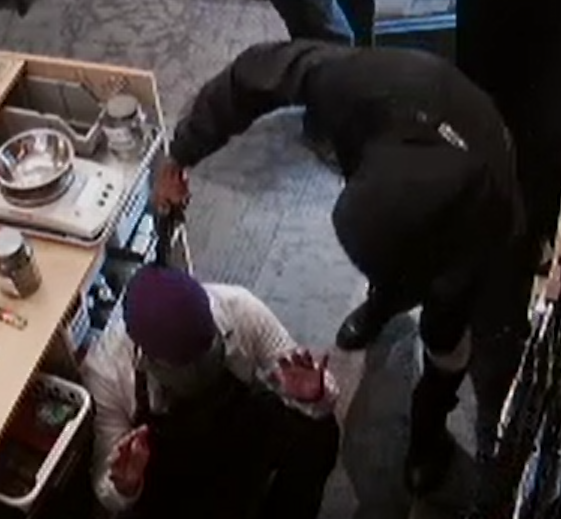 One of the robbers held a gun to the head of an employee at Eufloria Dispensary in the Tulsa Arts District early Jan. 4.

Tulsa police detectives are looking for three people who robbed a medical marijuana dispensary and held a store employee at gunpoint earlier this month.

The robbery occurred at Eufloria Dispensary, 303 N. Martin Luther King Jr. Blvd., around 1:30 a.m. Jan. 4, a Police Department news release states. Officers reported that the group managed to take cash, cannabis and related paraphernalia and that one robber held a gun against an employee’s head.

The dispensary is open 24 hours a day and offers what it describes as a “full spectrum cannabis cafe experience” in the Tulsa Arts District.

Detectives said they think the assailants’ “distinctive clothing,” along with distinctive skin markings on the gunman’s left hand, will aid in identifying those responsible.

A surveillance image provided with the news release shows three light spots on one of the men’s hands.

In another photo, one of the men is seen carrying a bag while wearing gloves as the gunman points the weapon at an employee. The same person is seen in an additional photo holding the gun to the worker’s head while both are standing behind the store’s counter.

A third person is shown wearing a hooded sweatshirt with a “Champion” logo printed on the front, gloves and a red face mask.

Several Nations Could Legalize Adult Use Cannabis In 2021—Which Could Be Next?