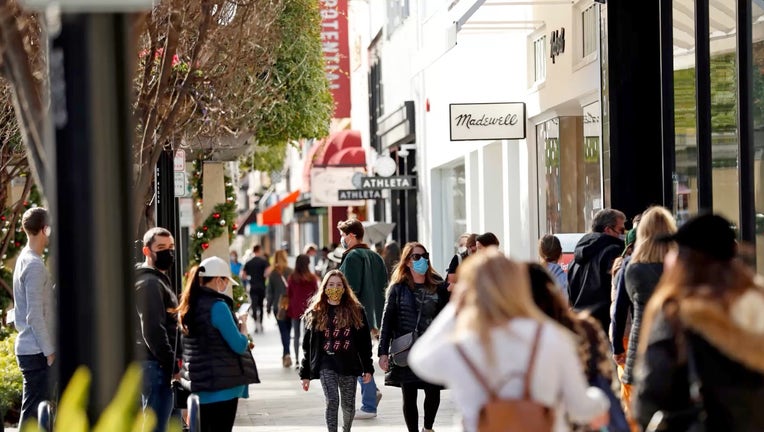 The ordinance was introduced on Monday. If adopted at the Feb. 16 city council meeting, the ordinance would be effective 30 days later.

With the ordinance, businesses could apply for a retailer license to sell and delivery cannabis to customers, but would have to maintain a low profile as non-storefront retail.

This means customers would not be allowed to purchase products on-site and cannabis products would have to be delivered in unmarked vehicles so that it would be discreet for customers.

The city’s previous ordinance allowed delivery from outside the city. With local retail, the city could benefit from the sales taxes and the possibility of an additional cannabis tax in future.

“There is already cannabis being smoked and delivered in the city of Burlingame,” Vice Mayor Ricardo Ortiz said. “All we’re doing is creating a hub for them to do it locally.”

Cannabis delivery company Eaze made 11,000 cannabis deliveries to Burlingame in 2020, according to the company’s Senior Director of Communications Elizabeth Ashford.

Eaze has facilities in San Jose and San Francisco and is eyeing Burlingame as a potential location for another facility where deliveries would originate.

Cannabis retail would only be allowed in certain industrial zones in the city, as outlined by the general plan. The ordinance also requires safety measures like drop safes and odor control systems.

Some members of the public wrote the council in disagreement, arguing that cannabis businesses had no place in the city.

“If it’s a business that requires to be so hidden then why invite it into our community at all?” one commenter wrote in an email read by City Clerk Meaghan Hassel-Shearer.

Chief of Police Mike Matteucci said that other cities with similar ordinances did not report any issues and that he was comfortable moving forward with the ordinance.

Jenny Keleher, Burlingame resident and president of the Burlingame Downtown Business Improvement District (DBID) Board of Directors, said that the Board supported the move given that cannabis delivery would be discreet and because of the potential for taxation and jobs, especially during the COVID-19 pandemic.

“We like that this would provide more jobs in our city,” Keleher wrote via email. “Many of the businesses in DBID have had to let go of great employees. We support the city in its efforts to create jobs locally.”

Three additional residents — who said they are cannabis users — also called in to the meeting to voice their support, saying that the move would decrease their delivery wait times, generate tax revenue and allow residents to access legal, lab-tested cannabis products.

One longtime resident with the screenname Rhonda Bryant said that she was a healthcare worker who uses cannabis to help her sleep when stressed.

“I spend a lot of money on cannabis and those tax dollars, instead of investing in San Francisco and San Jose where they’re currently going, would benefit our community and I want to put it back in the community that I love,” Bryant said.

While the city council members supported the move to allow cannabis retail, they debated whether there should be a cap on the number of businesses allowed to operate.

Though city staff did not recommend a cap due to a limited market, Mayor Ann O’Brien Keighran suggested capping the number of businesses at four in case problems arise.

Community Development Director Kevin Gardiner said that if there was a cap, the selection process should be on a first-come, first-served basis so that the process does not become complicated.

In the end, councilmembers agreed to vote on the original ordinance which does not include a cap. However, the council directed staff to explore the issues for a future resolution.

Councilmember Donna Colson said she was glad the council was open-minded about the issue.

“I really just want to emphasize that this is all legal adult activity that the state of California has condoned,” Colson said.