“This isn’t the first and won’t be the last of people ending up in the hospital from edibles,” Mark Woodward with the Oklahoma Bureau of Narcotics said. 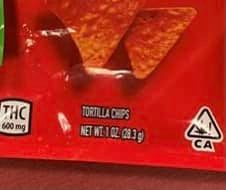 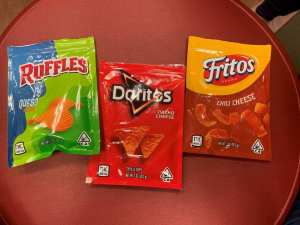 The only difference are these tiny labels at the bottom that show they’re from California.

OBN is trying to figure out how they’re getting into Oklahoma.

“[We] have got teams out even this weekend trying to identify talking to various people where these potato chips and chip-like products come from, whether they were sold locally, whether they were smuggled in here, just brought in by a friend,” Woodward said.

By law in Oklahoma, all marijuana edibles have to be manufactured in state and meet testing standards.

Anyone who’s selling products from other states could face drug charges.

“It would not fall under any protection under Oklahoma’s medical marijuana laws,” Woodward said.

“All Oklahoma packaging has to have the universal symbol here which says contains THC, not safe for children or for pets,” Corbin Wyatt, CEO of Likewise Cannabis, said.

“There is an impact on the actual industry for legal cannabis production,” Wyatt said.

“It can really cause significant decrease in their level of consciousness, it can cause decreased in their blood pressure, temperature,” Scott Schaeffer with the Oklahoma Center for Poison & Drug Information said.

If you or your children accidentally ingested a marijuana product, you can call poison control.

OBN says Frito-Lay attorneys are looking at the packaging issue.