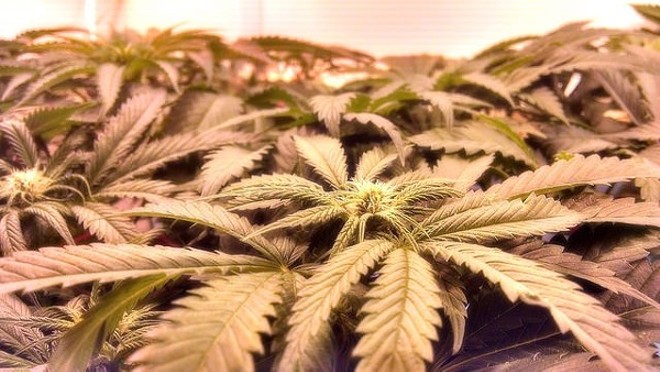 As medical marijuana dispensaries increasingly open their doors across the St. Louis area, one thing has become crystal clear: Somebody is going to have to smoke and review this stuff, so that the good people of this fair city know what they’re getting into.

Here at the RFT we live to serve, and that’s why we’ve selflessly decided that we’ll take the bullet on this one and expand our offerings to include a dedicated cannabis section. Now, in addition to the hard-hitting news, food and culture coverage you’ve come to expect, you’ll also be able to read the informedly stoned ramblings of a man who has somehow convinced us to pay him to get high as hell on a weekly basis.

Enter Thomas K. Chimchards, RFT‘s new cannabis critic. You can find him on Twitter at @TOMMYCHIMS, or you can contact him with tips directly at tommy.chims@riverfronttimes.com.

We’ll be getting to know Mr. Chimchards much better in the coming weeks as we roll out the new section — but meanwhile, we can’t stress enough that we’re eager to hear your tips. Do you run or know of a local dispensary that you think people should know about? Are you a grower or manufacturer who has stumbled onto the next big thing in the business? Are you a master chef in the industry when it comes to edibles? We want to hear from you.

Importantly, we also want to hear about the people getting left behind by Missouri’s new foray into medical marijuana. Foremost, it’s important to us to continue to shine a light on those who remain incarcerated or otherwise trapped in the system for drug offenses involving cannabis, in the hopes that something constructive can be done about the absurd post-prohibition predicament in which they find themselves.

If corresponding with a possibly fictitious, absurdly named and chronically medicated character doesn’t appeal to you, you can also hit us up with tips at weed@riverfronttimes.com.

We’re looking forward to aggressively covering the cannabis industry in this town from every conceivable angle, and ol’ Tommy Chims is looking forward to consuming as much weed as he possibly can before he gets too high to function and we’re forced to cut him loose for forgetting to file.

Because, as always, we are but humble servants of the people.